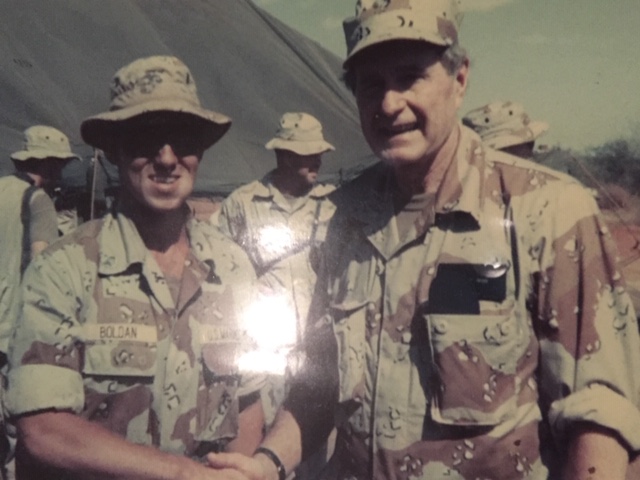 WS Board of Directors

Cam started in law enforcement in 2001 after retiring from the USMC Airwing. Working in the jail he encountered several veterans that had chosen the wrong path. Many of them proclaimed; “I’m a veteran!” thinking that would give them a pass for their bad behavior, not knowing Cam was a veteran as well. Camden felt confident to say things like; “Well act like one then!” or “We did not teach you to act like this”. Camden also realized that he was dangerously close to believing that “Veteran” was a term more closely associated with these jailbirds than himself or some of the other, prior service, officers, deputies, firemen, and EMS personnel he worked so closely with.

As a longtime friend of Shawn Wentz, Camden agreed to serve as an initial Board member of Warrior Saber with a strong intention to provide support to an organization that was going to focus on all the “good Behaviors” of Veterans. Cam understands first hand of the value of Veterans “doing the right thing” on their peers, after they rotate back to the rear.

Cam supports his community by being involved in “Hero’s for Kids” which is an organization where cops and fire fighters take dis-advantaged kids shopping for Christmas to ensure they have presents for Christmas.

Camden Boldan joined the Marine Corps in 1981 from Thornton, Colorado. Cam served in Yuma, Okinawa, Camp Pendleton, Saudi Arabia, Korea, Denver, Tennessee And Somalia. Cam retired in 2001 and joined the Montrose County Sheriffs Office. Cam worked in detentions, patrol and SWAT. Cam was promoted to lieutenant in 2019 and has served the citizens of Montrose county for over 18 years.

Camden is one of Warrior Saber’s award recipients. His service as a deputy Sheriff, stacked upon his 20 years of service in the USMC, coupled with raising a Navy Son and a beautiful daughter made him a good selection for the Warrior Saber.